Provide care for our rescue animals to honor a friend or family member!

Juliette came to EBARR in 2010 as a spicy juvenile after finding herself in the shelter. She was probably someone's free kitten during that kitten season that they grew tired of her. Juliette's story could have easily ended at that shelter in 2010 as her behavior notes stated that she was "Highly Aggressive," which was true. But, the former president pulled her out of the shelter even though she was SPICY.

Juliette was one of the 61 animals in EBARR's care when we took over leadership. She continued to live at the EBARR facility for another year as we desperately attempted to raise the funds. We tried and tried to find her a forever home, but due to her aggression towards humans, it was an impossible task.

Juliette moved to our president's home in August 2016 and has lived with her ever since. It took over 9 months, but Juliette eventually stopped acting out when Nicole entered her room. She slowly relaxed but never allowed Nicole to forget that she ran that room and, apparently, Nicole was just a guest.

One time she destroyed the cat room while the EBARR team attempted to get her to the vet using a net called a "Cat Nabber ." She had to have a muzzle put on and all Nicole could think was that she was a "Hannibal Lector" as she fought with Nicole while she was being examined.

She slowly relaxed to a point that she would allow Nicole to pet her, on her terms. She was diagnosed with Kidney Disease around 2019 and had to be put on a special diet.

Juliette never received a single inquiry for adoption in all the years EBARR had her until, around 2020, someone inquired. It was at that moment Nicole realized that she could not put Juliette through the trauma of adjusting to a new home again.

Another year went by and, in 2021, Juliette moved with Nicole to a new home. Soon Nicole was able to pet her, hold her, and (surprise!)..... vacuum her? (She liked to be vacuumed with the hose part.)  She would be the first on Nicole's lap and in her face asking for attention when Nicole came into the cat room.

We believe Juliette had fast-moving cancer that caused significant weight loss and dehydration resulting in a greatly diminished quality of life. Juliette took her last breath at about 3:30 pm on April 4, 2022.

Rest in peace Juliette, it's been a wild ride, and you will always be in our hearts... and you will forever be at home, your forever home. 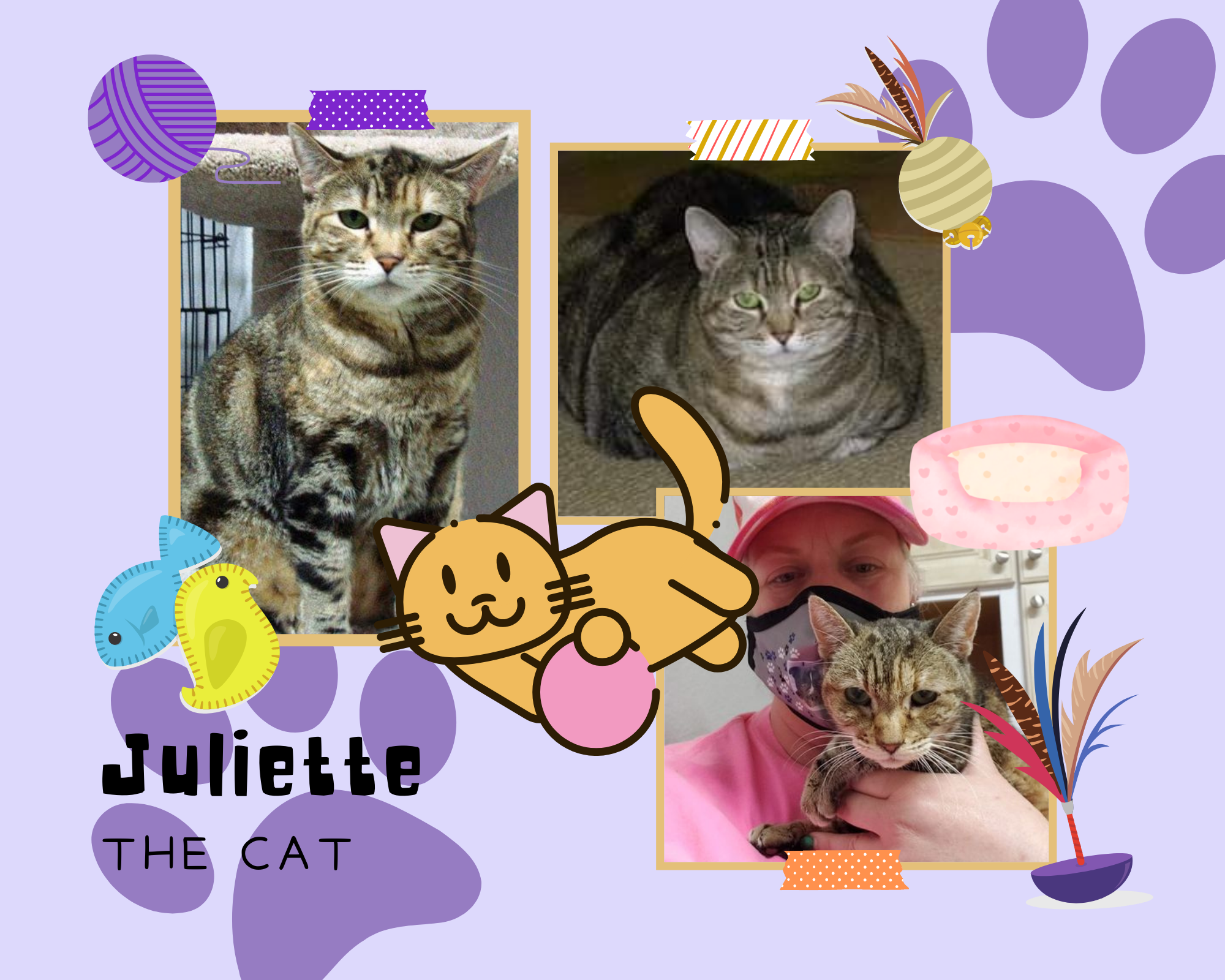 We helped Merrick find his way to the Rainbow Bridge this afternoon. ????

If you remember Merricks story started when a good samaritan saw him looking quite ill on the street. A plan was made and Merrick was trapped. He saw a vet several times and with every test we ran, his list of ailments got longer. This poor guy suffered from FIV, Stage 4 dental disease, a whole lot of abnormal labs which lead us to believe that he was FIP positive. Merrick started to develop sores on his joints. After a talk with the vet, we all decided it was the most humane decision to allow Merrick to go.

During the short time, we had Merrick he learned how to use the litter box. He was warm, fed every day, pain-free, and had a soft bed to sleep in. He didn't have to scrounge for food where ever he could find it, chew with a painful mouth, or drink water from the filthy gutters.

I am not going to lie, you were a hard one to love but we would do it all again to get you off the streets. 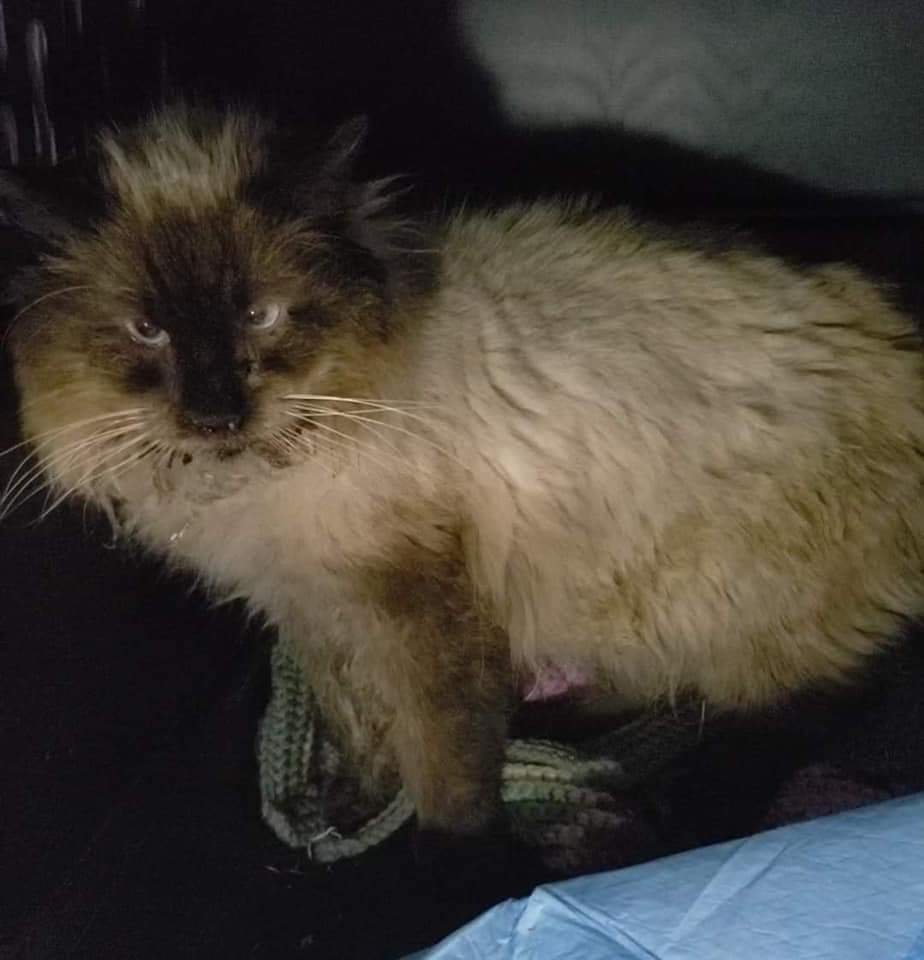 Today we said goodbye to one of our long-term residents, and his name is Patrick. Patrick had cancer and as he aged he became more and more unpredictable in his behavior.

***update added as I go through the stages of grief****

If you remember, Patrick came to us in 2015 and adopted out as a puppy, and came back to us around The end of 2018 after the family decided they didn't want him anymore. Patrick had another false start when the woman who adopted him had forgotten she was moving out of the country shortly after adoption. Again Patrick came back to us.

I know it goes against popular belief but some dogs don't forget when people let them down, they remember their heartbreak. What makes this particularly hard, is at some level PATRICK has never recovered from losing his family.

He is just not the same happy-go-lucky doggie anymore. We definitely enhanced his life, but I think his heart broke many years ago when he realized his family didn't want him anymore. ????

As a rescuer, the buck stops with us and personally me. You can not imagine the guilt that I personally carry because of this circumstance; I am the one who choose this family as Patrick's guardian when he was just a baby, above all other families that wanted him. ???? And now he is a 7-year-old adult Pit Bull Dog. Statistically the hardest age and type of dog that fill up shelters across the country currently. And I just don't have any words for the 2nd adoptor.

I have made 2 very hard decisions as the president of this rescue around behavior. In 2017 we put down a highly aggressive and unpredictable female named Princess, and today we put down Patrick. Each time it takes a piece of your heart with you and as rescuers, we have to find a way to do what is right and safest in any circumstance even if it hurts.

We have to consider the animal's overall well-being, the people caring for him daily, and his quality of life.

I am not pointing the finger here, but when you adopt a puppy, be all in.......forever...... some dogs don't recover when people make the decision to dump them. I do not believe it would have been in Patrick's best interest to find him an alternative placement where he would be in a cage with minimal interaction.

I truly believe that when we take on and save an animal and it is our job to the end to ensure that the animal and the people handling the animal are safe.

Patrick was in a great mood today. He was loved by everyone he saw. I looked into his eyes while he drifted off to sleep, and I told him I would see him soon.

Patrick is at peace and our hearts are broken, especially the ones who cared for him daily

Even though I chose peace above just being......I know it was the right choice.

Fly high boy and we will see you soon.

Patrick's story was told because we knew him and worked with him for 4 years. There are thousands of dogs in Contra Costa County alone every year whose stories are never told because they are quietly let out, thrown out, abandoned, abused, etc. People buy or get their animals from backyard breeders (the shelter isn't full of rescue puppies that grew up) because backyard breeders don't care about the animals. Don't be afraid to speak up when your family, friends, co-workers, acquaintances, etc give a heartfelt excuse why they need to dump their now adult dog they had from puppyhood because of "Unforeseen Circumstances." Humans don't have a right to destroy physically or emotionally any pet that was trusted to them because they just don't want to do it anymore. It is NOT a rescuer's job to clean up your mess, we try so hard....but unfortunately, there are more of you than rescuers. 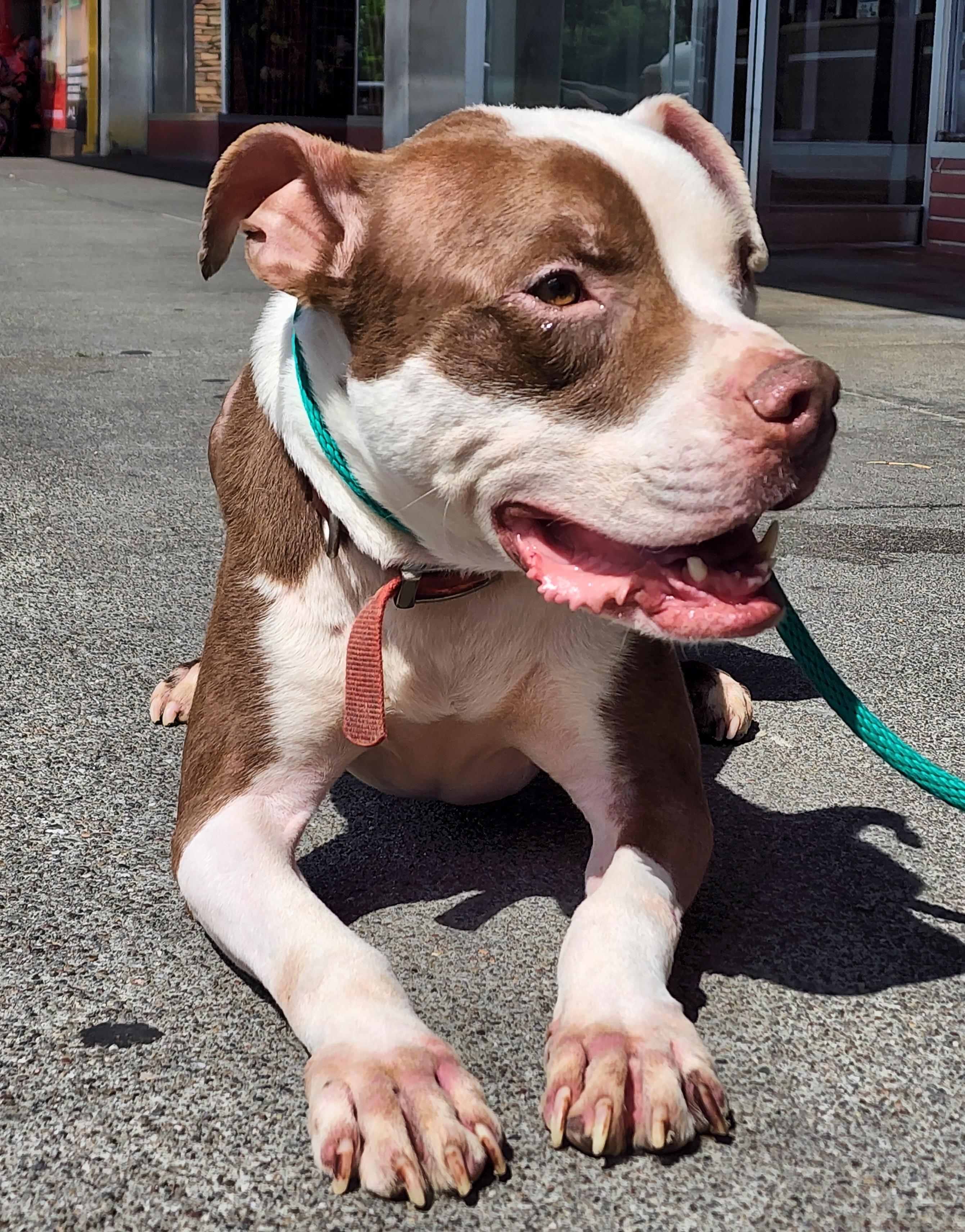