A coworker came to me and said,

"My dog dribbles when he pee's." My advice was to take him to the vet, he may have a urinary tract infection. Rhino goes to the vet.

Where did you get Rhino?

This is the story I pieced together. Rhino shows up in Antioch with his owner, who gets pulled over and arrested (for a stolen car and drugs if I remember correctly). He asked the police to call his friend to pick Rhino up. Rhino is picked up and is transferred to 7ish houses in 10 days due to his bad behavior. Then he lands at the home of the individual that we got him from.

Prior to that, he came from a backyard breeder in AZ. This guy claimed that he was sold for multiple thousands of dollars because he is a (blah blah blah) breed. The person didn't pay up, so Rhino was repoed. Sounds like a nurturing environment huh...

Anyway, back to the story, he is at the vet and it's 4 pm on a Friday and of course, it's a 3-day weekend. The coworker is told to put him in the car and take him to the ER, he needs emergency surgery because he has a partial block in his bladder. She freaks out and can't afford the surgery so decides to surrender to us and she will either eventually pay for the surgery or foster him until we find a home we are promised. Surgery is done, we fundraise, and he is home recovering. About two weeks later he has an incident with the husband. The husband is eating watermelon in front of Rhino, and he runs over and snatches it out of the husband's mouth, leaving a nice puncture wound on his face.

I get a call "we are taking him to the pound if you don't come get him."

Seriously, we just paid 5k for your dog and now you are going to threaten me. (This is exactly why I don't help friends anymore). I had no choice but to take him even though there was nowhere to put him at my house.

He came to Casa Martinez and threw a big wrench in our lives: food aggressive, kennel aggressive, dog aggressive. He escalates easily and you cannot de-escalate the situation. After 6 months with me,

He went to our trainers who experienced the same issues.

Rhinos' behavior is not a training issue. I have created an environment for him to be successful. He is a pain in the butt. He is a lot of work every day. He bites, escalates, and attempts to control the house with his bully ways.

He is a character, a charmer, an amazing watchdog (no one is breaking in here), and a permanent part of the Martinez household.

His liability medically and behaviorally is too high to even think about adopting him out. He needs a special prescription food to stop the creation of new bladder stones, urine analysis every 6 months, ultrasounds every year, etc.

This decision of not adoptable didn't come lightly, so when people say....."You just need to XYZ, I laugh. Spend a day with him and tell me how to do my job......please. Rhino is a lifer at EBARR, which is a pretty good deal in my book.

Rhino needs a sponsor or a few sponsors.

He costs us a lot each month.

1. His special diet costs about 160.00 a month due to his medical needs

2. Every 6 months he needs an ultrasound and a urinalysis to be sure those stones don't come back and threaten his life.

3. He gets 2 Benadryl every day to keep his allergies in check. This is over-the-counter and has a minimal cost.

4. 2 bags of treats a month to encourage (bribe) him and to minimize the amount of time he becomes so wound up and he is unable to calm down in his environment and often attempts to bite.

We are looking for 3 individuals to sponsor Rhino at 50.00 a month. (He is an expensive one) 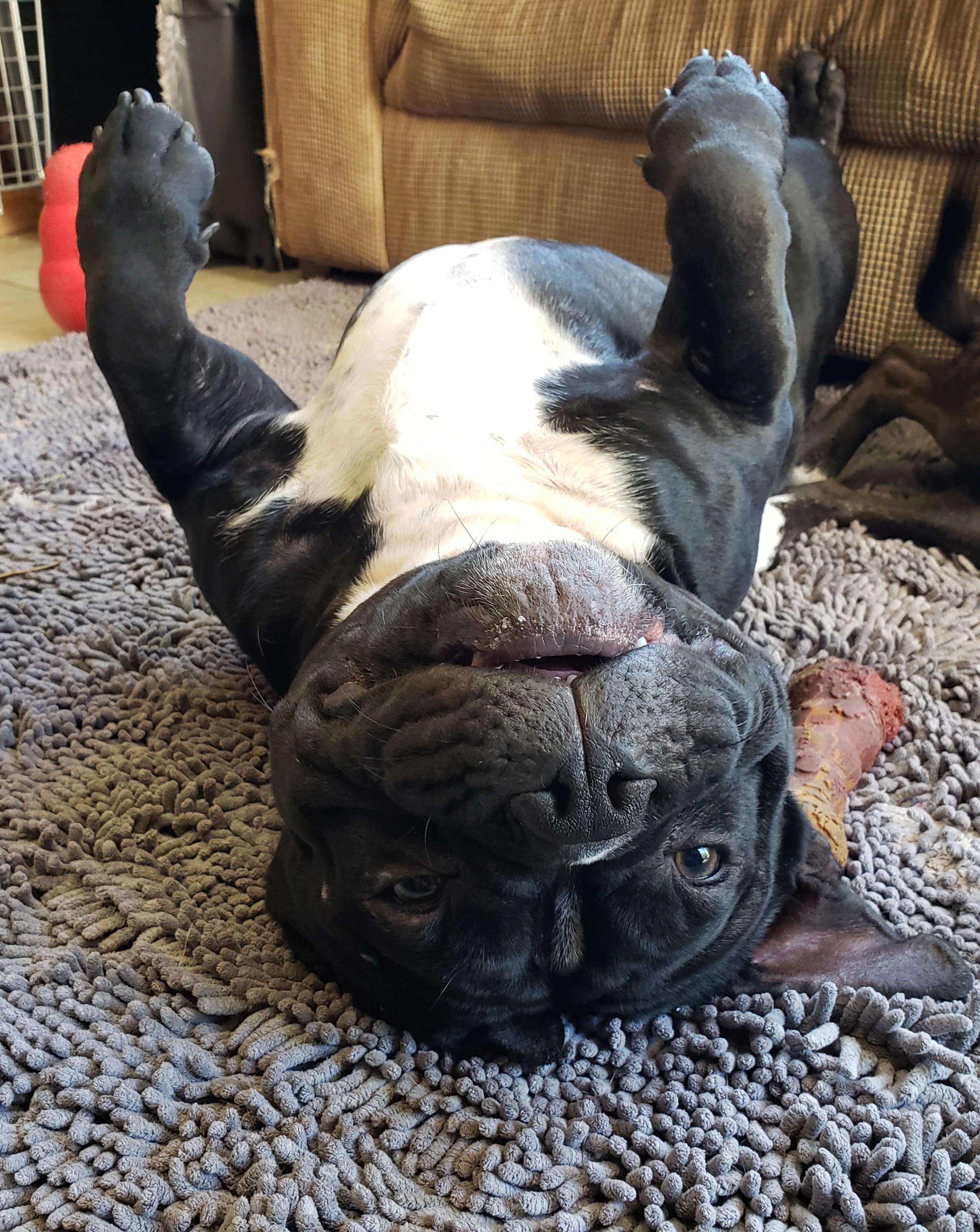